The Mashantucket Pequot Museum & Research Center is the largest Native American museum in the world. I was so impressive with our visit, I couldn’t wait to tell you all about it. 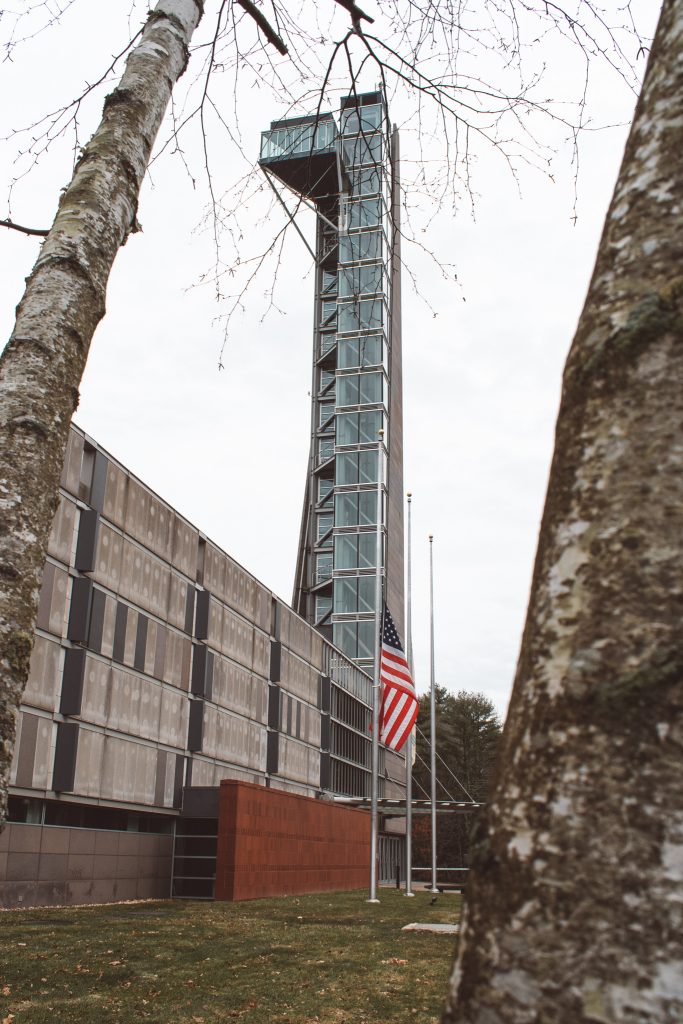 The museum is located in the Southeastern corner of Connecticut just a stone’s throw from Foxwoods Casino. In fact, the Pequot tribe own and operate the casino as well.

The Pequot Museum tells the story of the Mashantucket Pequots, a native Algonquin people who endured centuries of conflict and survival on North America’s oldest Indian reservation.

When you enter the museum, you will step into the Gathering Space. Grab a map, which will lead you through the museum room by room. There is a ramp in the far corner that will lead you down to the exhibits. 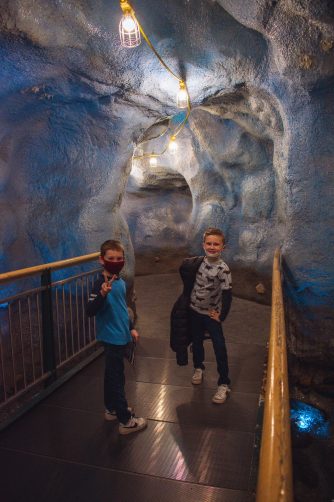 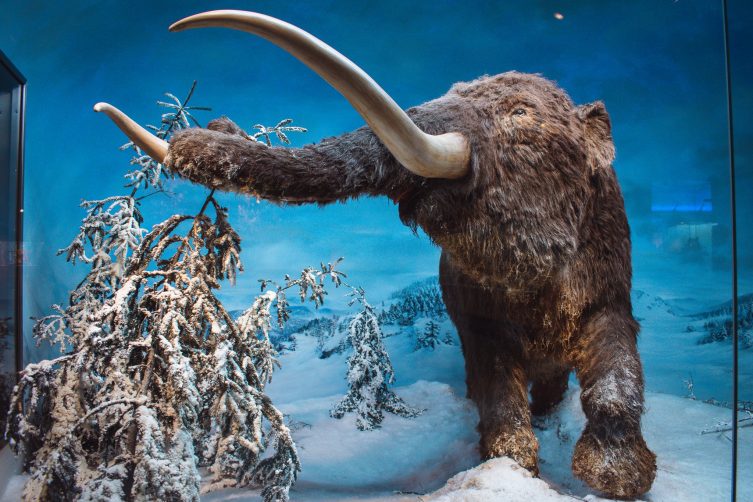 You will travel all the way back in time to the Age of Ice. The boys loved walking through the realistic glacier and feeling like we were time traveling. We learned about giant animals that once roamed New England such as mastodons, giant beavers and dire wolves. It was hard to even imagine.

In the next hall, we watched how a family participated in a caribou hunt 11,000 year ago and learned about the local ecology. 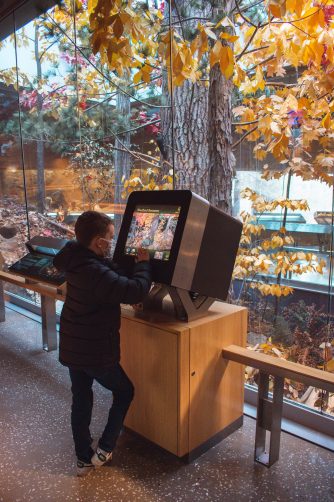 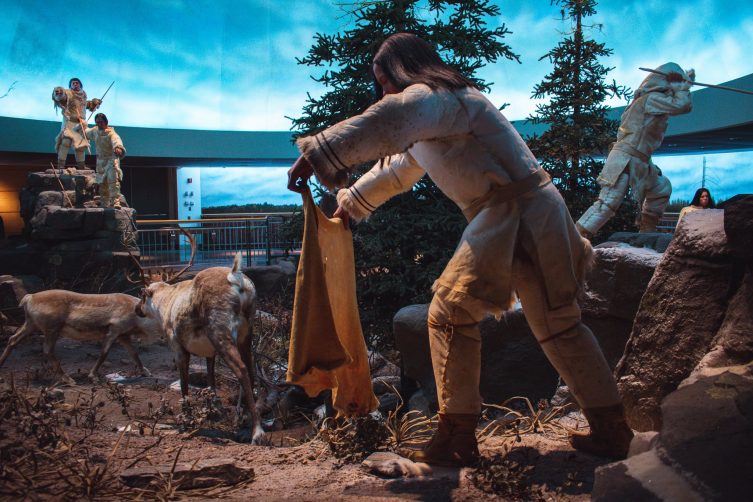 Our favorite part of the museum was the recreated Pequot village. It felt like a normal day in the village 450 years ago had just been frozen in time. The sculptures were so life like!

We walked through a wigwam, saw how people fished, planted corn and went about everyday life. We picked up an audioguide on the way in and the boys listened to every minute of it. 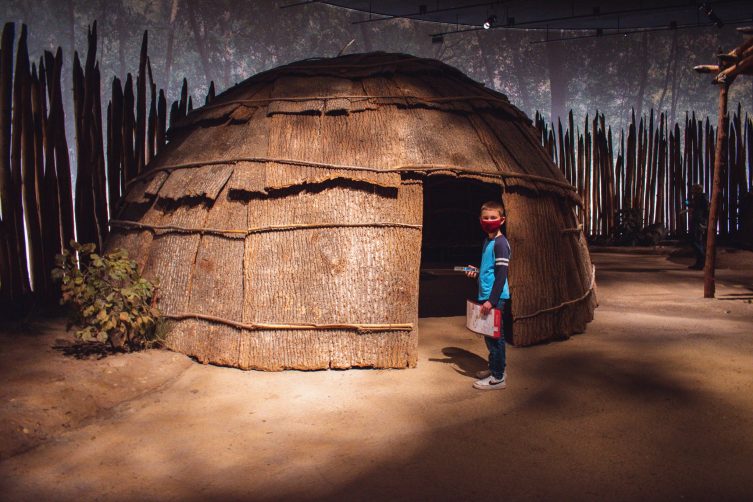 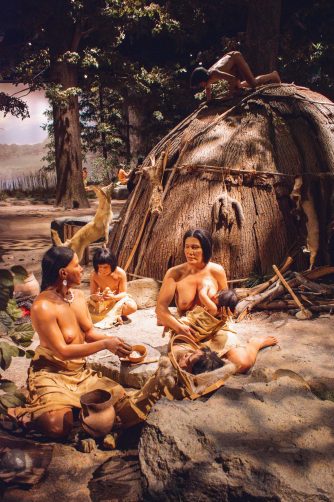 In the Clash of Cultures exhibit, we learned about the Pequot War which was fought from 1636 to 1637. These were dark days. The fighting culminated on May 26, 1637 when a coalition of English settlers and their Narraganset and Monhegan allies set fire to the Pequot fort killing 400 Pequot (including an estimated 175 women and children) in less than an hour. Most of them burned to death and anyone who escaped the fort was shot by the soldiers who had made a ring around the fort. 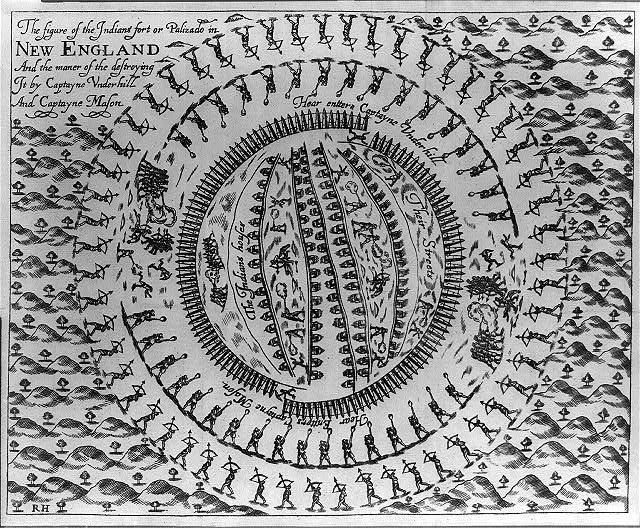 There is a half hour long film called The Witness which tells the history of the war, but since it is recommended for kids ages 12 and up, we skipped it.

As you move to level two, you will learn about life off of the reservation. There was a neat exhibit with a wooden house that was half in the museum and half out.

We also watched a short movie about Elizabeth George Plouffe aka “Iron Woman.” She is known for preserving Pequot land and culture and was generally a rockstar of her time. The film is kind of hidden, so be sure not to miss it.

On your way out, check out the 185 foot observation tower. It was closed for repairs the day we were there, but it looks like a really cool experience.

I love how the museum was set up so that we were easily led through a chronological order or events. It was like walking through history. It was such a great way for kids to learn and understand.

I left the Pequot Museum filled with emotions. To see people live so connected to the land quickly be seen as an impediment to English colonization was heartbreaking. The story of the Pequot Tribal Nation is an important one and the museum will hold that history. 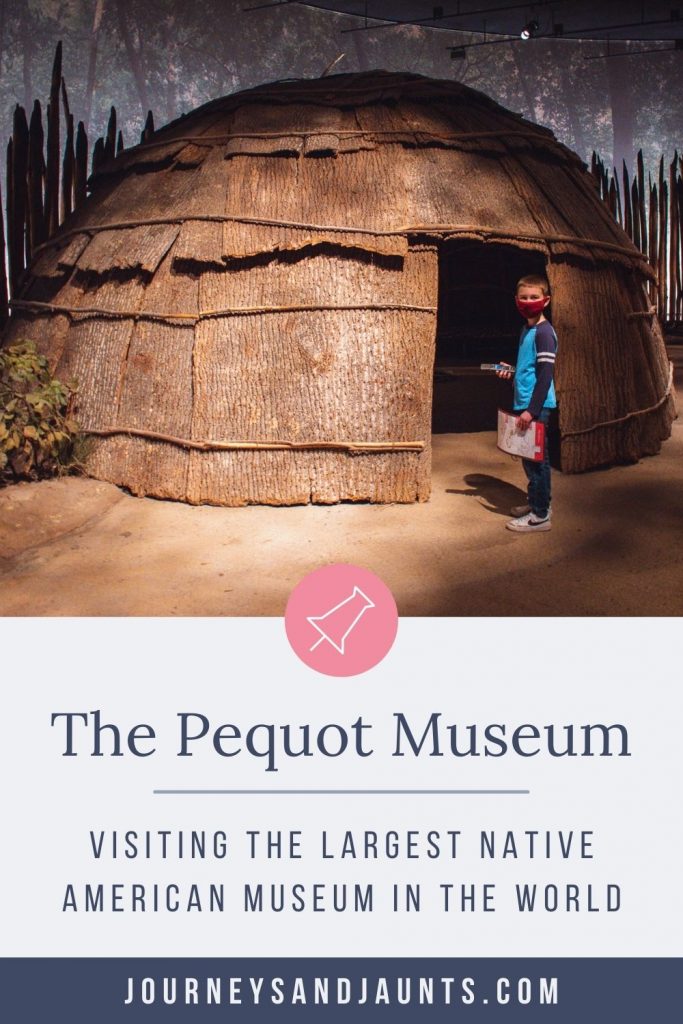 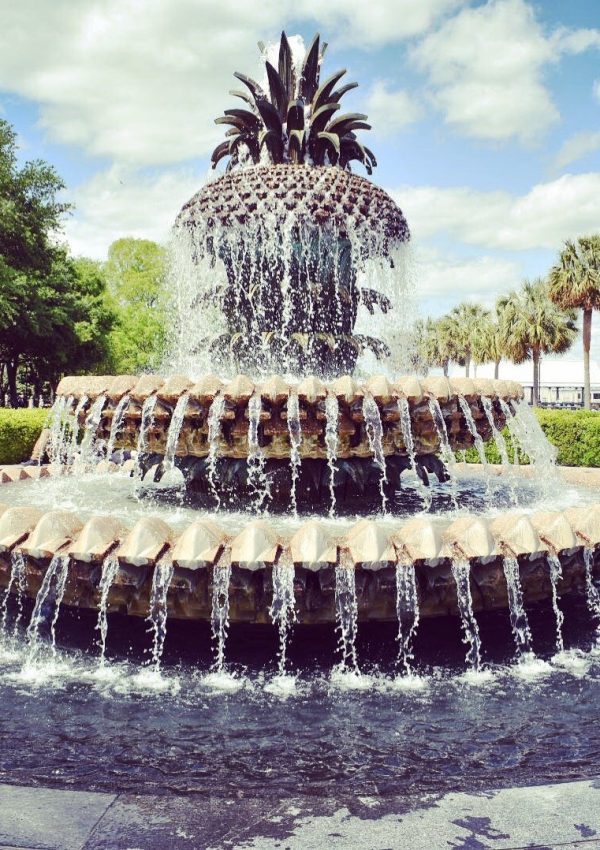 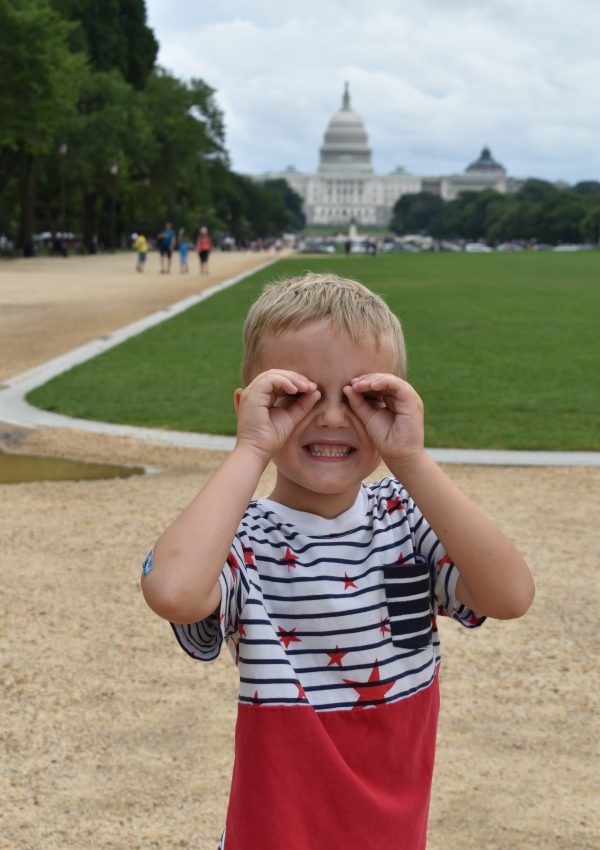 The best things to do in Washington DC with Kids 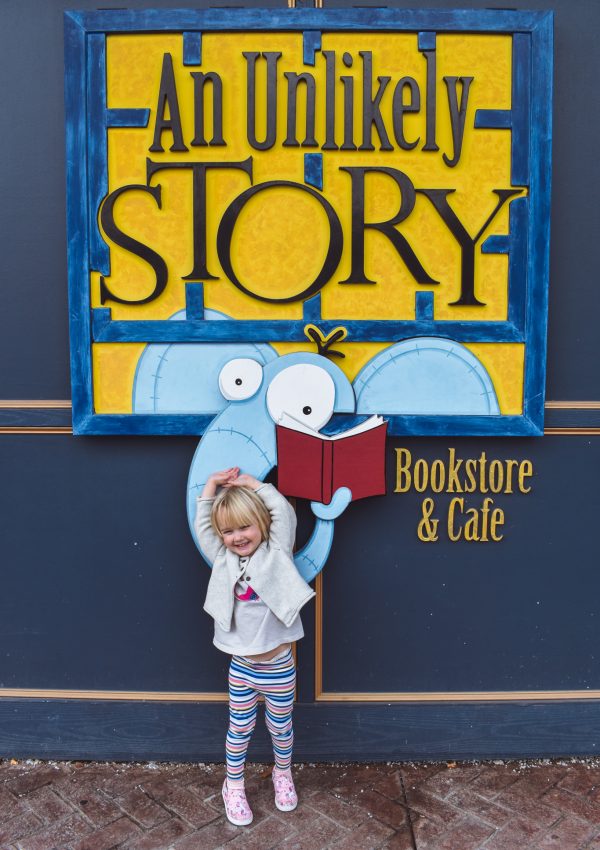 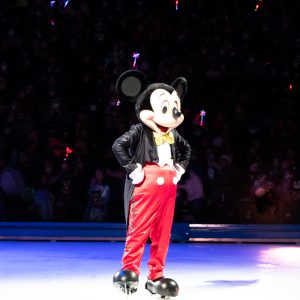 Disney on Ice- tips & tricks to enjoy your time