You are here: Home / Traveling Solo / My return to India

Several years ago, someone handed me a 10 minute DVD about the dancing bears of India.  Endangered sloth bears were being poached from the wild. Their mothers were shot while trying to defend them. The cubs then underwent a brutal “training” process that started with the piercing of their nose. A poker would be held over a flame until it was red hot and then it would be hammered through the top of their muzzle. Their teeth would be smashed out and the nails pulled in order to render them defenseless. 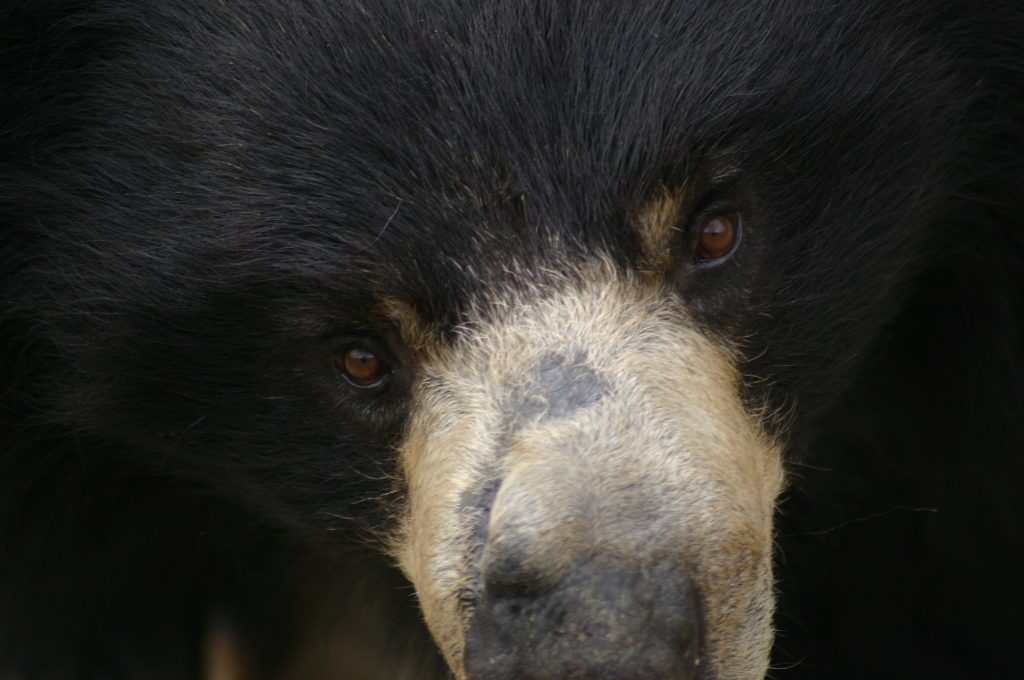 I knew in that moment that I wanted to do everything in my power to help them. I quit my job and went back to school to study Applied Animal Behavior and Animal Welfare in Scotland and from there moved to India to dedicate my dissertation to the bears. 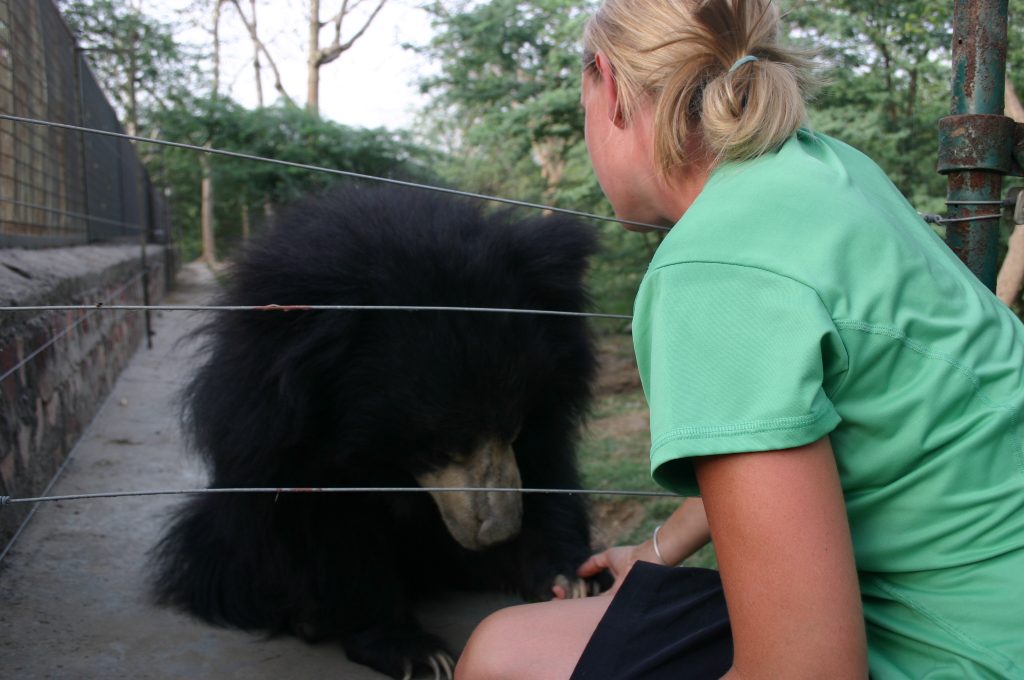 I hadn’t been back to India to see the bears in 10 years. It was only a 2 hour flight from Kathmandu to Delhi so we were “in the neighborhood.” We hired a taxi and drove the new highway to Agra. It was incredible to be driving in India and not sit in traffic but it was because this new highway had a toll which most Indians were not willing or able to pay. 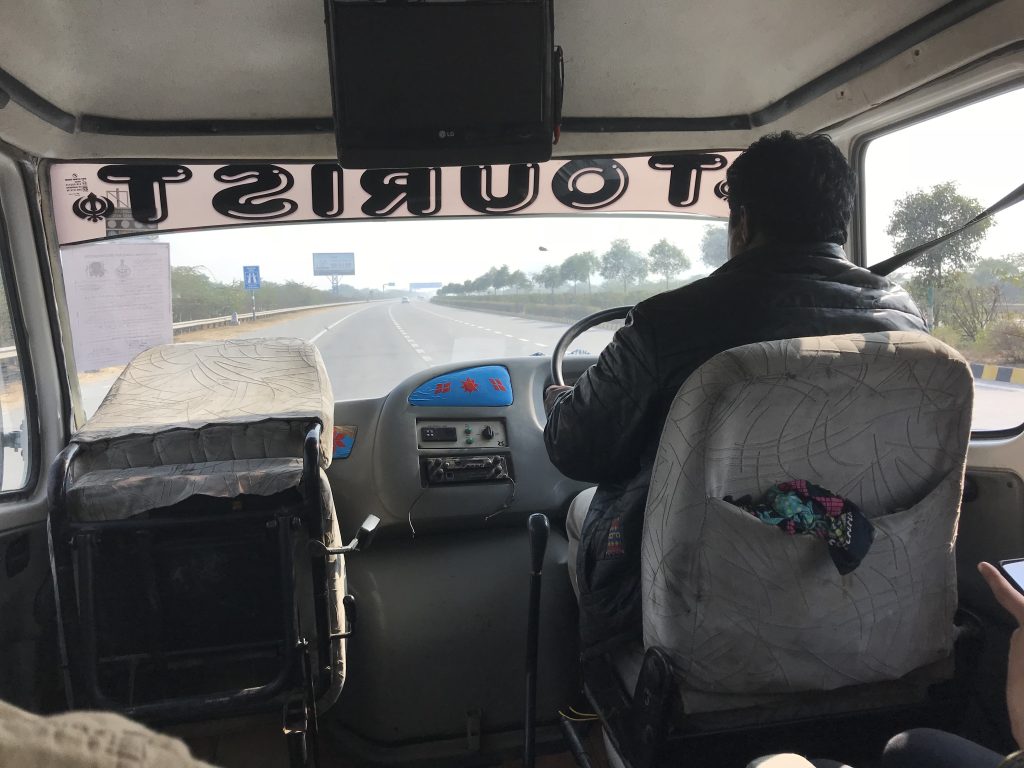 We checked into the Radisson Blu Hotel which was very nice. It was a far cry from the 50 cent, cockroach infested places that I could afford while in college. 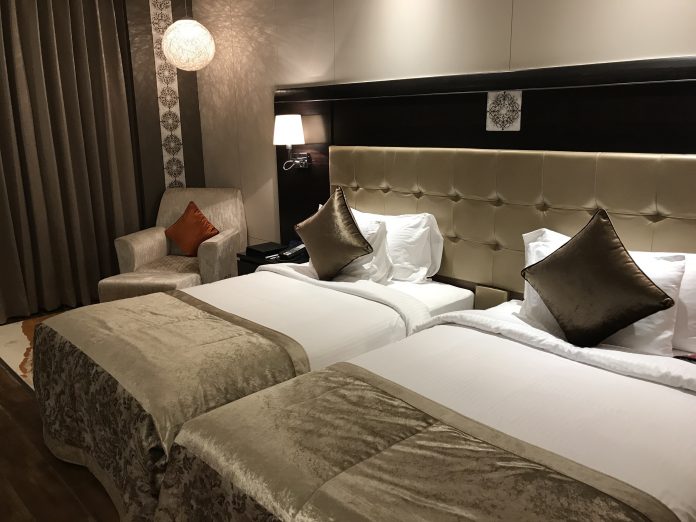 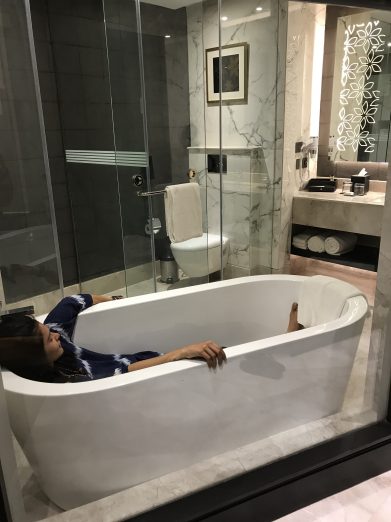 Our room had a screen that would open up so that you could see into the bathroom. There was a huge soaking tub and marble shower. We met the vet team for dinner and it was so nice to catch up with some long lost friends. There is a pool on the roof of the hotel with a bar as well. The breakfast buffet was endless. We had kept teasing our Indian friend because she just did not get sarcasm. Everyone at that hotel was wearing white linen clothing and I joked that I didn’t get the memo about wearing all white. She looked at me all serious and said “there was a memo?!” 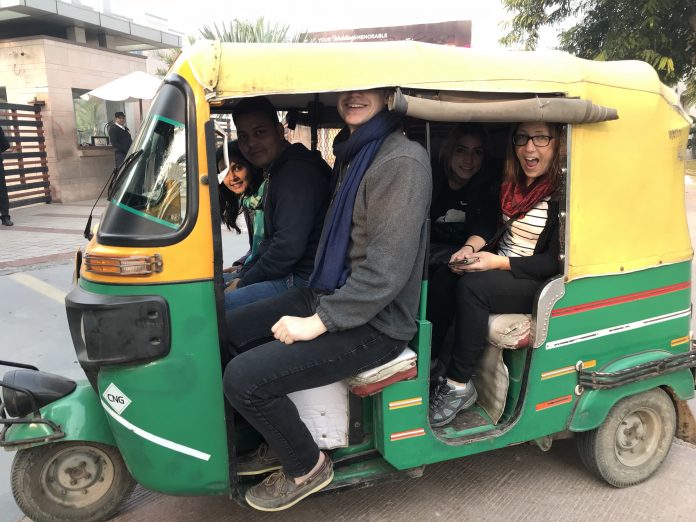 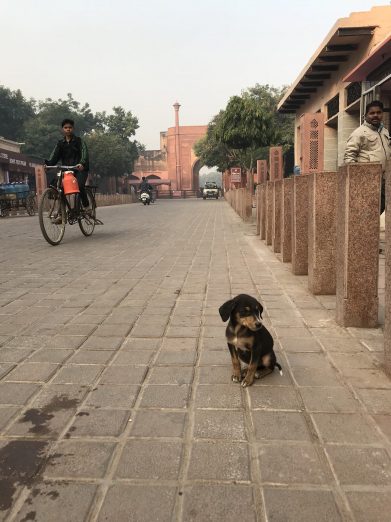 We woke before the sun came up and took a rickshaw to the Taj Mahal which was only 5 minutes away. The line was already really long. You have to buy your tickets across the street and show your passport. There is a line for locals and a separate line for tourists with lots of security to go through. The sun had come up by the time we got through. 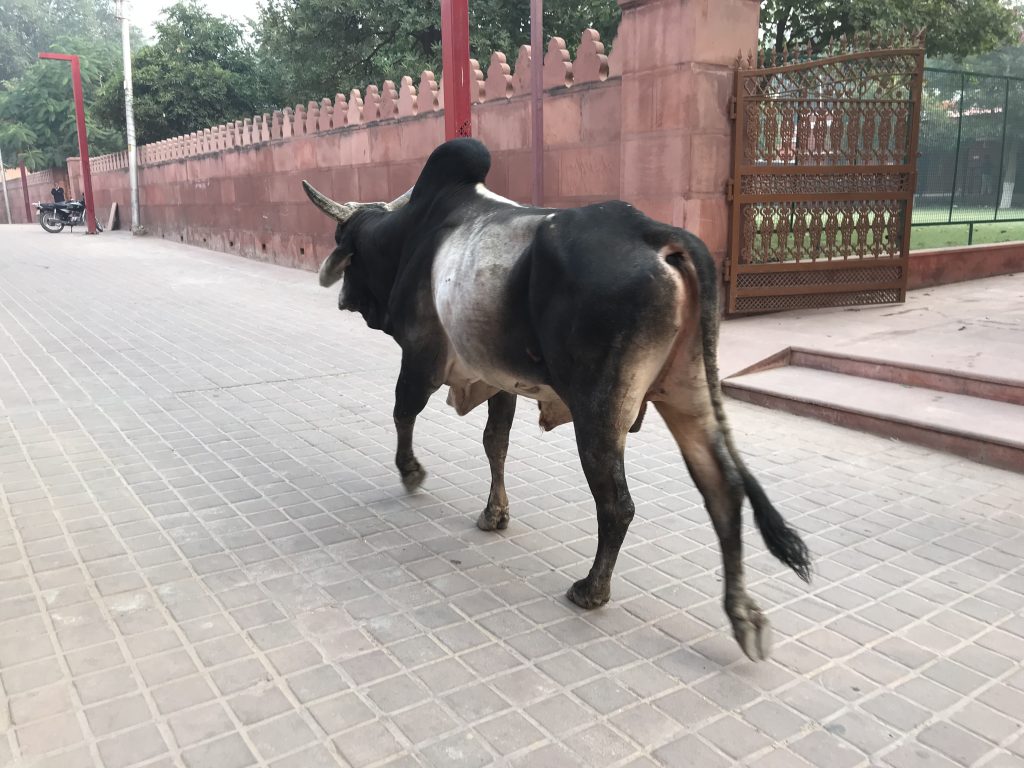 No pictures of the Taj could possibly do it justice. When you turn the corner and see it for the first time, it will take your breath away. Just to think of how they built something like that in 1653 is mind blowing. They say that it took 20 years, 20,000 men and 1,000 elephants to complete the building. The Emperor, Shah Jahan, commissioned the Taj to be built as a mausoleum for his favorite wife who he now rests beside. Jahan is said to have cut out the eyes of the master architect upon completion so that he could never build another one to rival the Taj. A designated UNESCO site, The Taj Mahal remains an architectural marvel of the modern world. It is so perfectly symmetrical, that even when people who study the Taj look at a close up picture, they can not tell you which side of the building they are looking at. 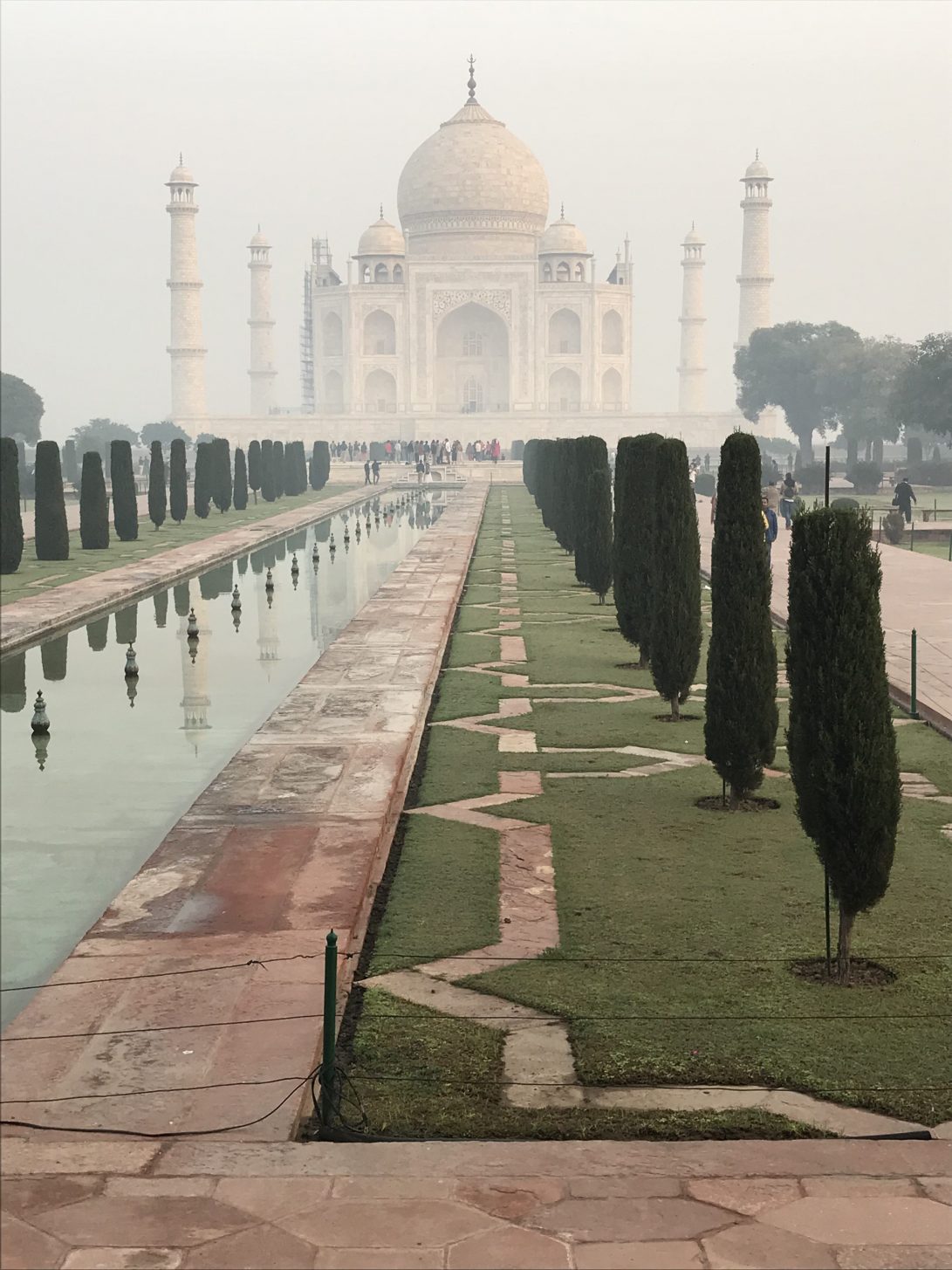 We returned to the hotel in time for a quick breakfast before heading out to the sanctuary. I had spent three months studying blind bears at the center and it will always hold a very special place in my heart. Many of the animals I worked with have passed on, but there were a few remaining from my old group. I spent hundred of hours perched on the cement roof where I had a good vantage point to study their behavior. I melted in the sun and tried to make a make-shift shelter with a tattered old tarp. I was so short on time that when I got sick, which was almost everyday, I would throw up off the roof and continue doing my scan samples. 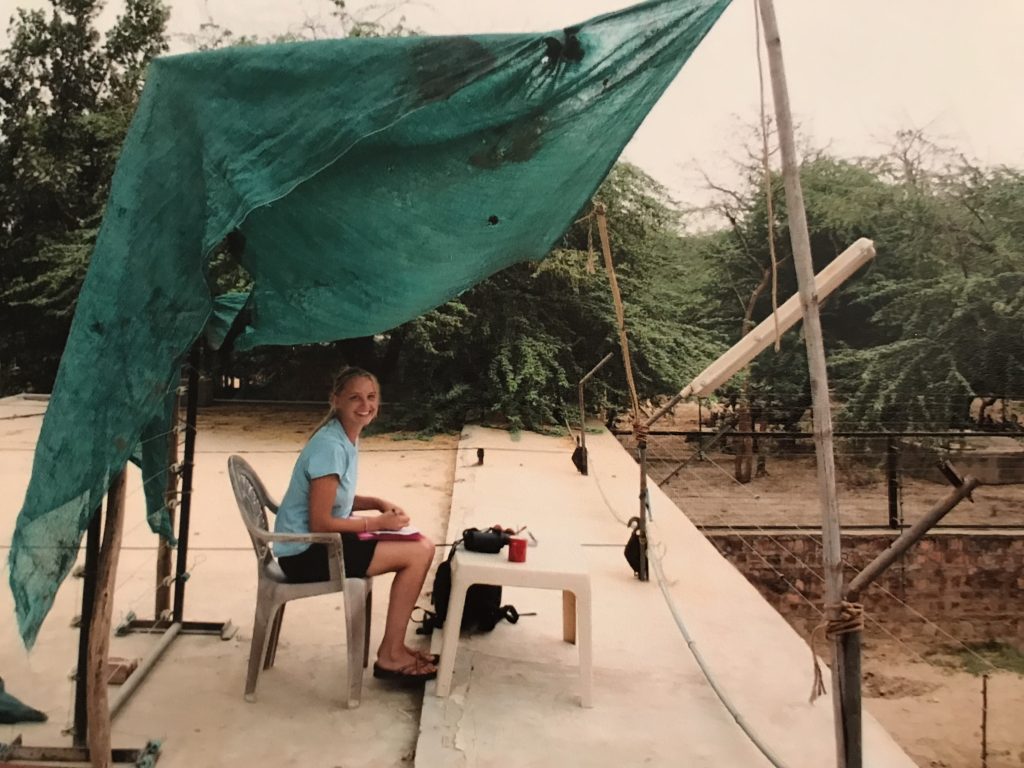 When I arrived, the keepers leaned a ladder up against the building so that I could go up and see my blind bears again. I was crying before I even reached the top. Those bears changed the entire course of my life.

You would never know they were completely blind- some from lack of nutrition, others were beaten to blindness. I used to sit and have my coffee in the morning and a bear named Chameli would walk straight over and sit in front of me. If I stood up too quickly to see where a bear went, she would shoot up on her hind legs and spit in my face. No fail, I spilled my coffee all over me every time. As soon as I climbed the ladder, Chameli ambled over, stood up and sniffed the sky. As the keepers say, “she can see you with her nose.” 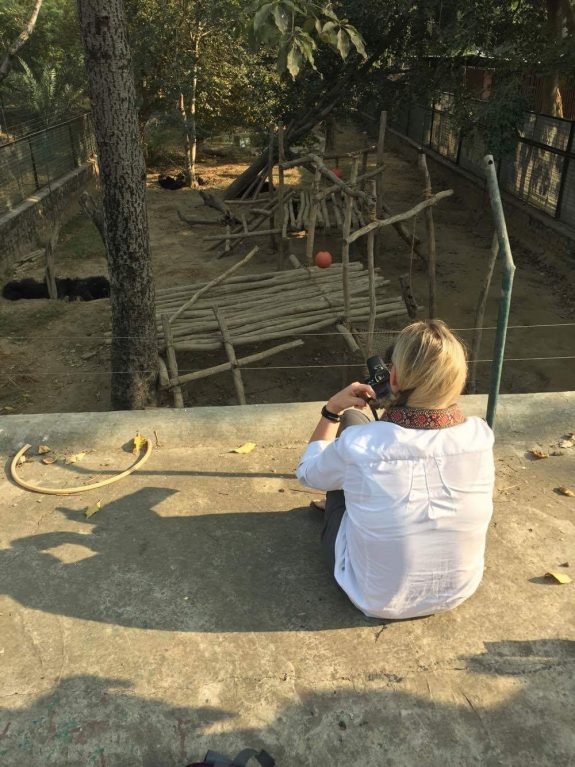 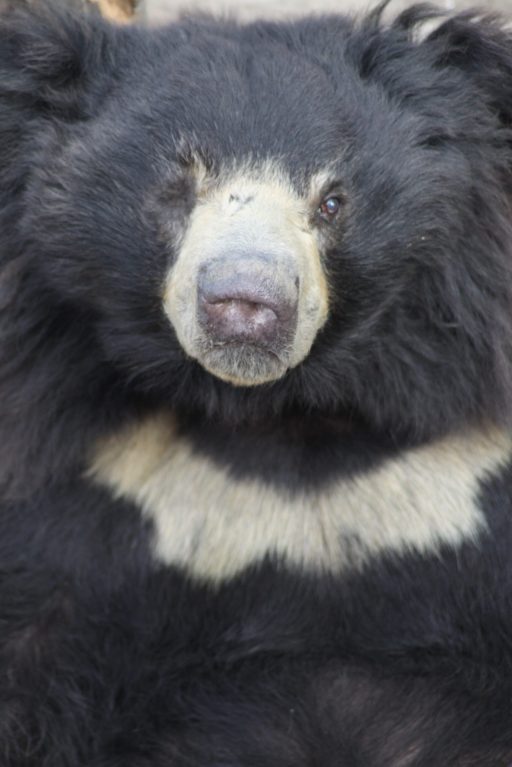 The center is such a piece of heaven in the midst of such madness. It’s hard to believe that you are just outside of a major city because it is so peaceful. I was able to cross the river on a boat to see the new land that I helped raise money to purchase so that was very special. There were wild Nilgi and even a hyena. It used to be barren land and now it is an oasis for wildlife. It is such an amazing thing to have been a part of. 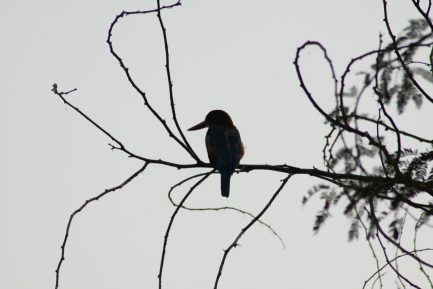 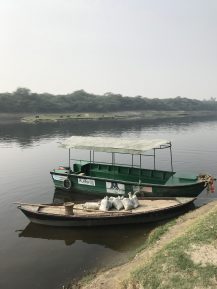 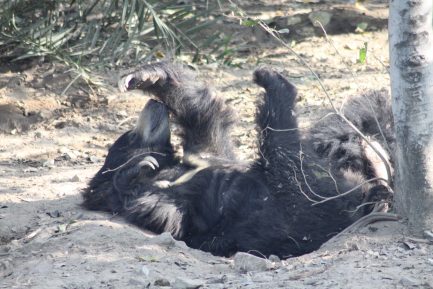 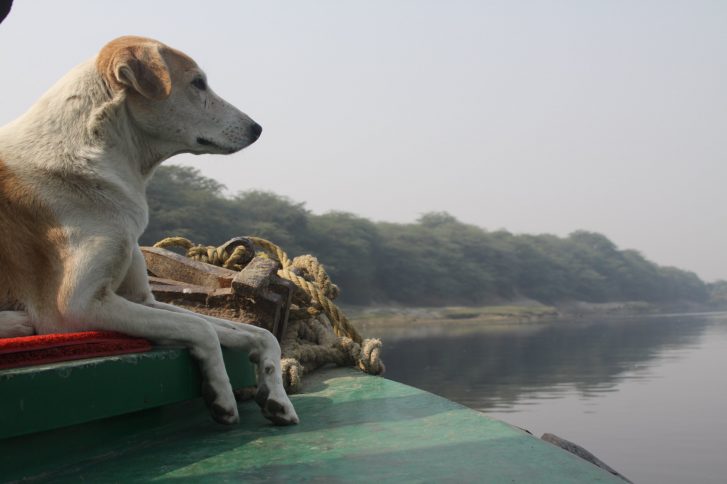 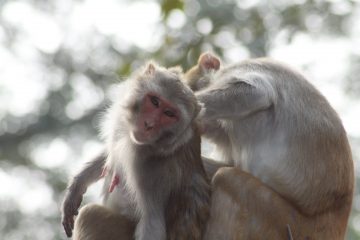 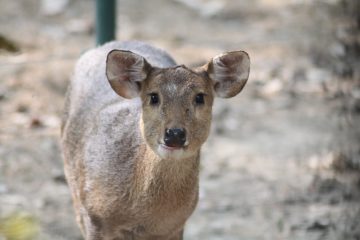 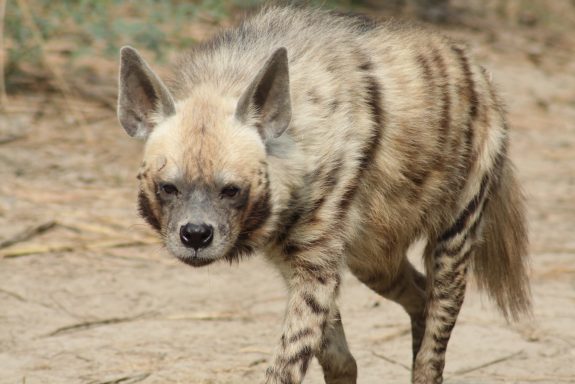 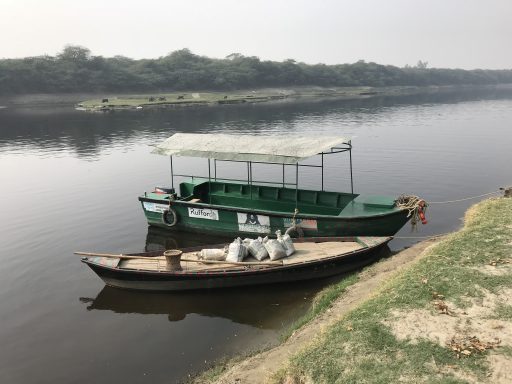 After vising the bears, we went to visit the 21 elephants our sister charity, Wildlife SOS had rescued. It was hard to believe that these animals survived some of the things they had been through. One had been hit by a speeding truck. Others were trained in incredibly inhumane ways to perform in circus acts or weddings. Their chains and bull hooks were checked at the gate as they went on to live their lives in freedom. 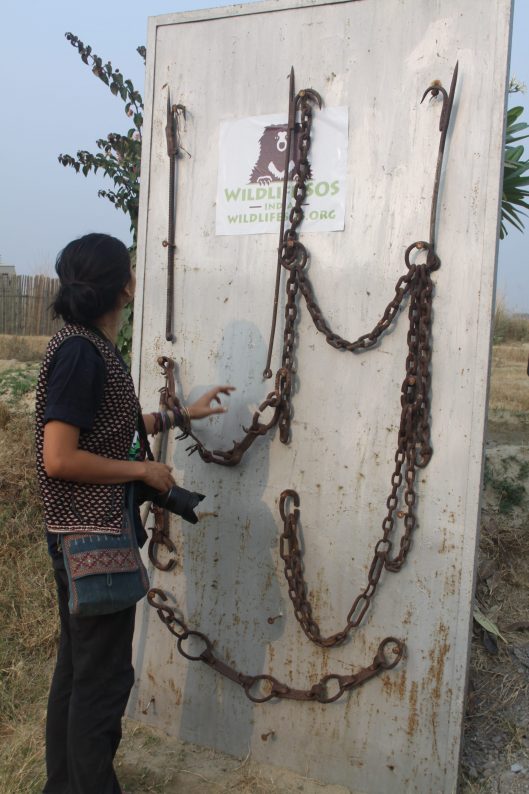 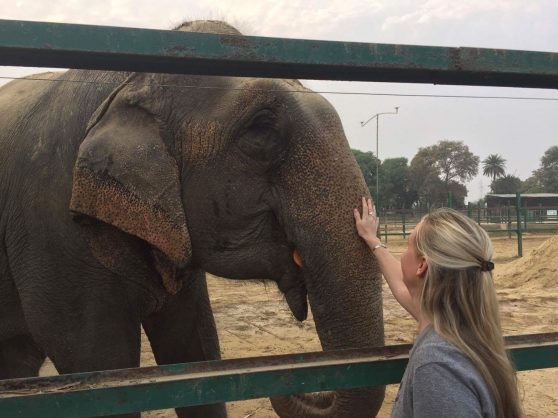 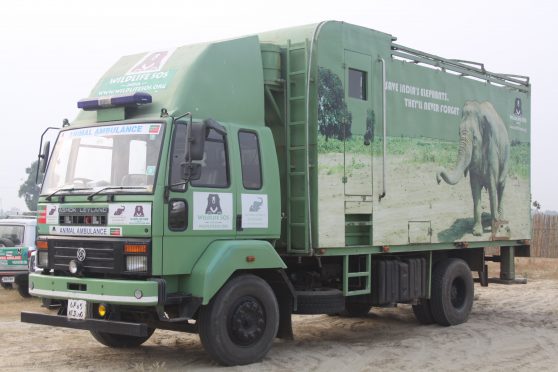 I had the opportunity to feed an elephant which was the highlight of my trip, and quite possibly my life.

We walked out to the fields were there were elephants grazing and we watched one playful elephant chasing a cattle egret as if it was a game of cat and mouse. These are the experiences that I am so grateful to have had in my life.

It was hard to leave India, not knowing when I would be back. It feels like another lifetime when I called that country my home. India is something of an acquired taste. I know people who would step one foot out of the plane, turn around and get right back on it to go back home. There is nothing that will prepare you for that experience. The noise. The smell. The heat. But it grows on you. You find beauty in the madness. You slow down and accept that things are just done so differently, you will never understand them. There is freedom in not trying to figure everything out. 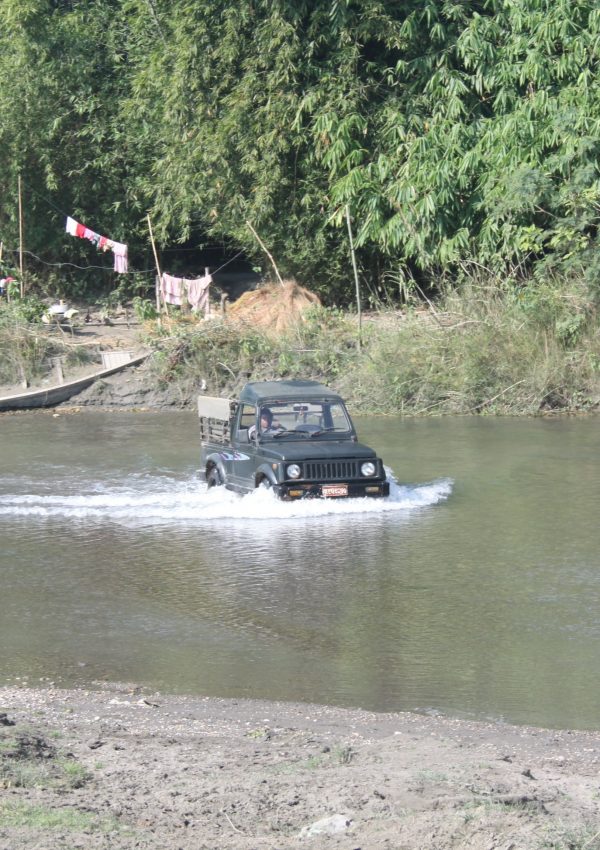 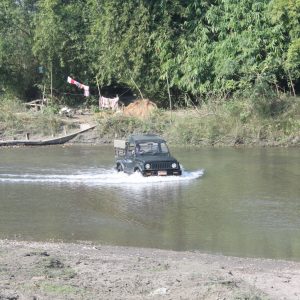