You are here: Home / Traveling with Dogs / Dog Mountain- a beautiful place every dog lover should visit

Dog Mountain is a celebration of our relationship with dogs. When staring across the beautiful landscape, it is hard to believe how much they have been through. While the story of Dog Mountain is steeped in tragedy, it also a story of strength, resilience and how love can help overcome almost anything.

Stephen Huneck was a wood carving artist, furniture maker and author. He was discovered almost by accident when a man asked to purchase a carving he had in the back of his pick up truck. That man ended up being an art dealer from New York City. Just as Stephen’s career was taking off, he fell down a flight of stairs and ended up in a coma for two months. He credited much of his recovery to his dogs who visited him in the hospital. While in his coma, he had a vision about building the Dog Chapel, which became his most personal work. He wanted “a place where people can celebrate the spiritual bond they have with their dogs, past and present.” 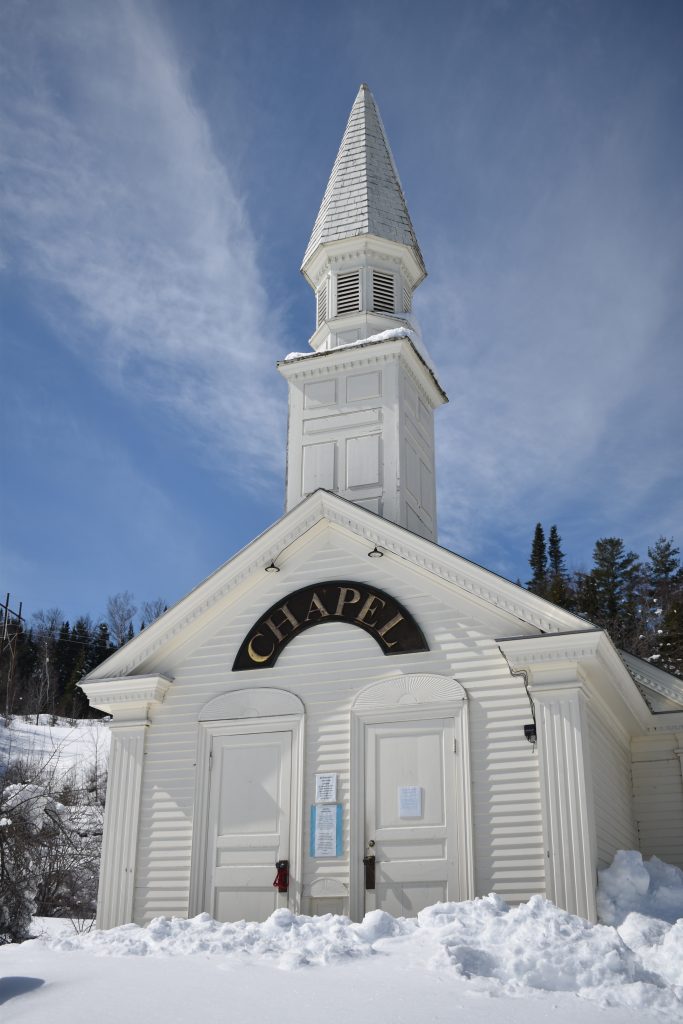 One of the first wood cuts he carved was “Life Is A Ball” celebrating his new found life. He wrote several books about his black lab, Sally. My vet office is graced with framed pictures from Sally Goes to the Vet. I have always loved his whimsical wood cuts, especially one called “menage a trois” which shows two pairs of feet at the end of a bed with a dog’s head sticking out between them. 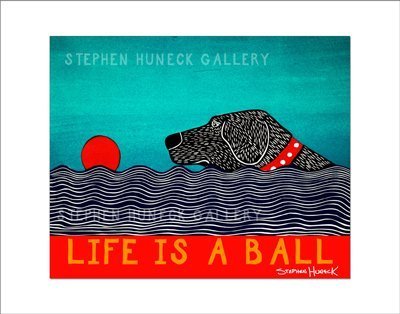 Stephen and his wife Gwen were adversely affected by the economic downturn in 2008 and were forced to close down several galleries and lay off 15 employees. Stephen felt responsible and feared losing everything they had built. He sunk into a deep depression. On January 7, 2010 he left his psychiatrist’s office, sat in his car and shot himself. Gwen never got over his death and although she struggled to keep Dog Mountain alive, she also ended her life just three years later. 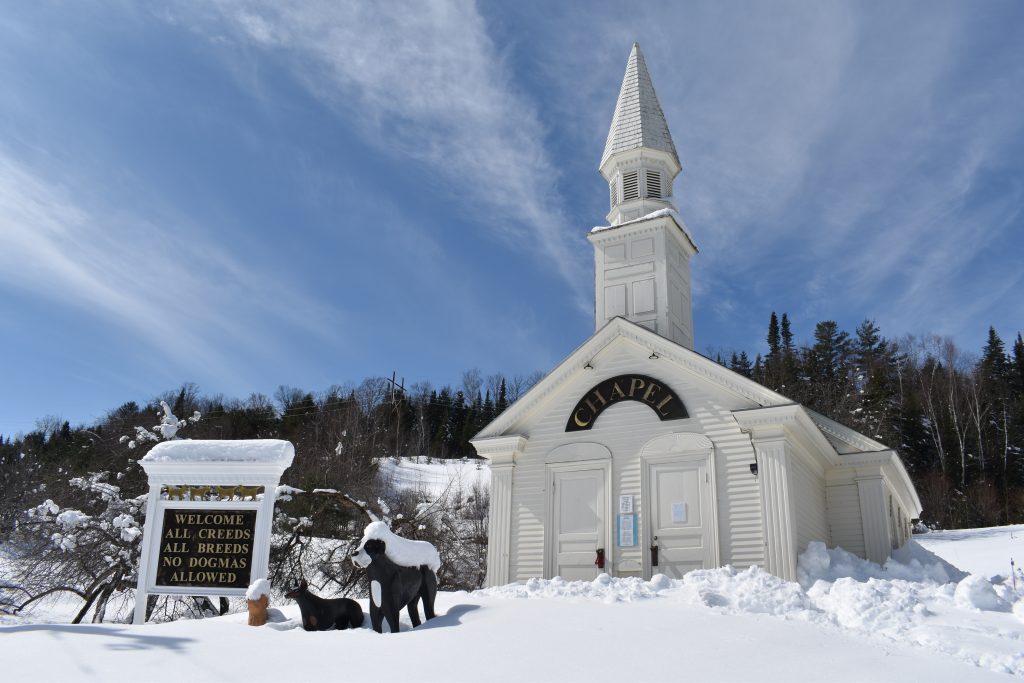 The community came together to save Dog Mountain. There were fundraisers and art sales. That is when I decided it was time to buy the painting that I had always loved. Each day I walk past my painting it makes me smile because it reminds me of my animal-filled home. My eyes always drift down to the number beside his signature- 456 of 500 and I am not lost on the fact that I received one of the last of his original works. 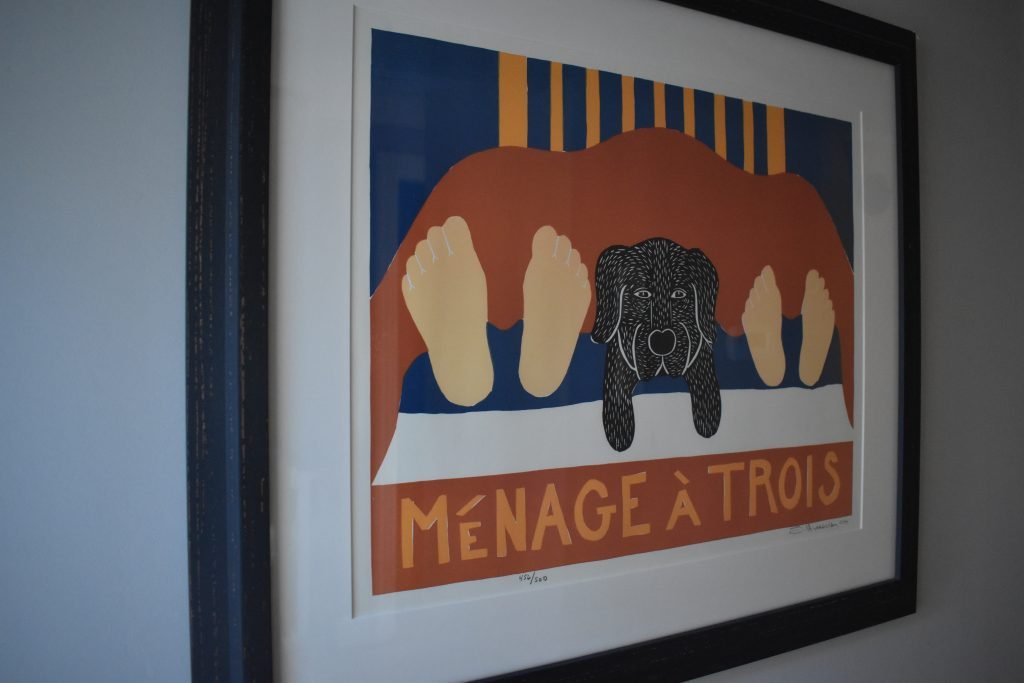 My heart aches to think that the world lost such a great talent. Stephen’s bright cheery artwork would make you assume that he was very happy, since his artwork alone can fill you with joy- which is a reminder that everyone is battling things we can not see, so just be kind. 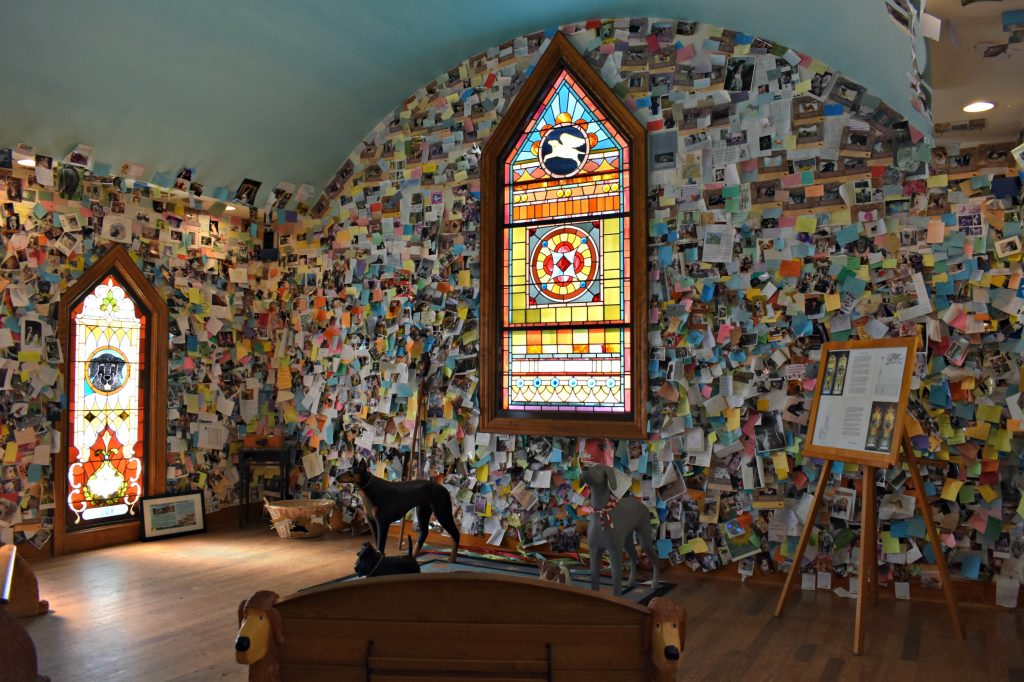 Dog Mountain is alive and well thanks to the outpouring of support they received. It was apparent how much Dog Mountain meant to the Hunecks, who literally died trying to save it. 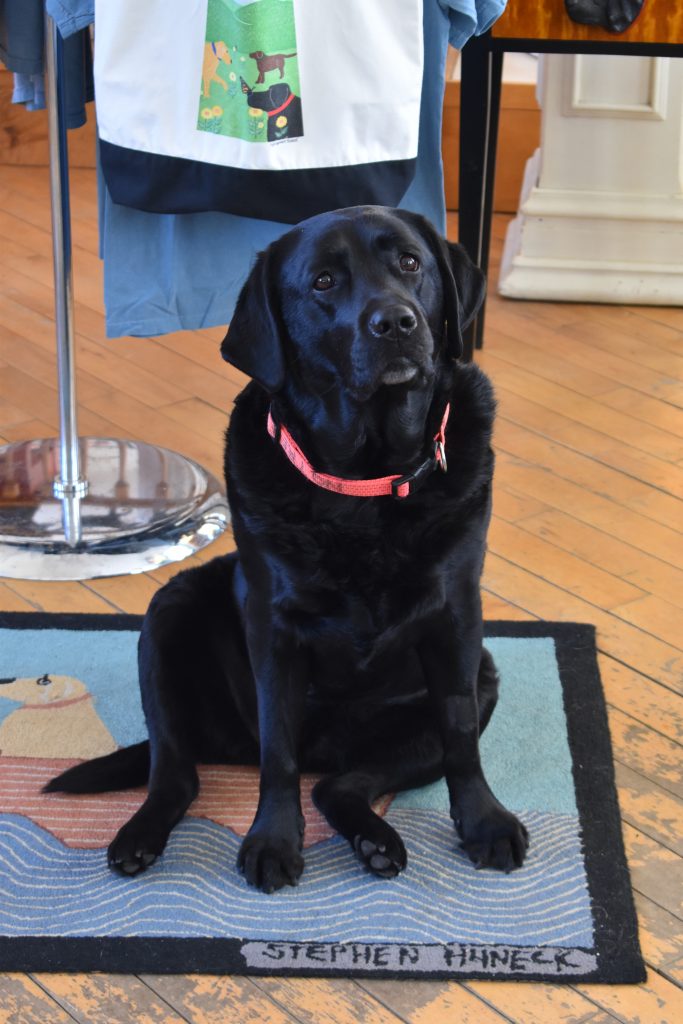 Whenever I am anywhere in the vicinity, I always make the pilgrimage to Dog Mountain. It is an amazing place that strives to be the most dog friendly place in the state. The Chapel sits on a hilltop with a sign stating that it welcomes all creeds, all breeds and that no dogmas are allowed. The chapel even has a doggie door. Inside, the walls are absolutely plastered with letters that people have written to their departed pets. When I walk inside and see the rainbow of light pouring in through the stained glass windows and the heartfelt letters, it gives me the chills. I work in animal rescue and the hardest thing I deal with is feeling like people just don’t care. The Dog Chapel is proof that there are so many caring people out there who’s lives have been touched deeply by an animal. 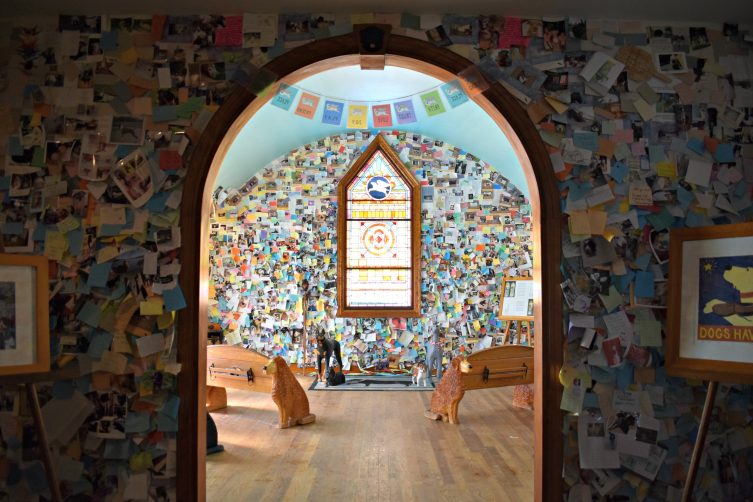 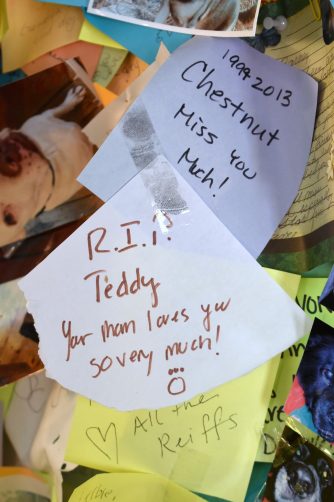 I have pinned my dog’s name on the walls of that chapel. I have cried in that chapel. That chapel has helped restore my faith in humanity. That chapel is doing exactly what Stephen Huneck always dreamed it would do. 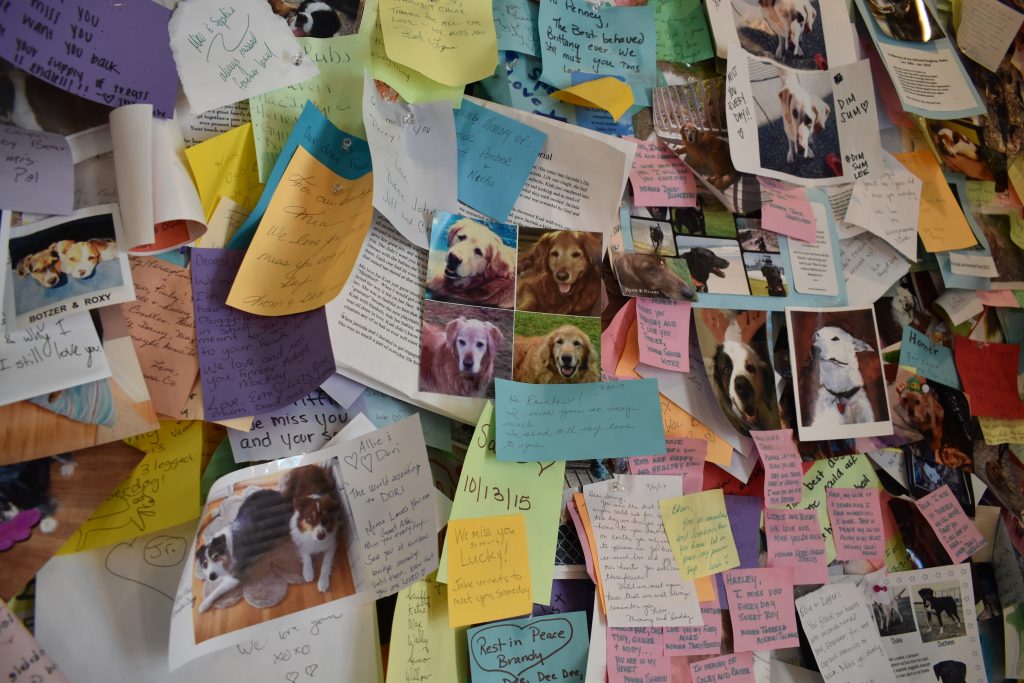 Dog Mountain is made up of hiking trails and a pond for you to enjoy with your best friend. A basket of tennis balls sit beside the water just to make sure that your dog has a joy-filled day. Off-leash dogs are even welcome in the art gallery where you can purchase Stephen Huneck’s original artwork. You can also order online at their website by clicking here. 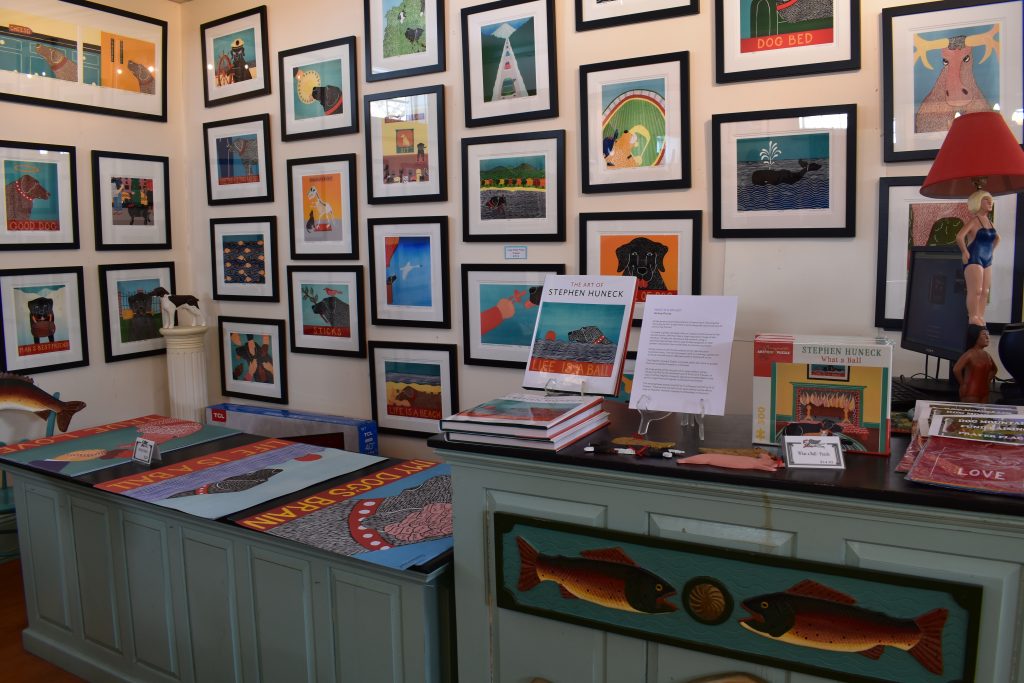 Your purchase helps to keep Dog Mountain alive along with the Huneck’s legacy. 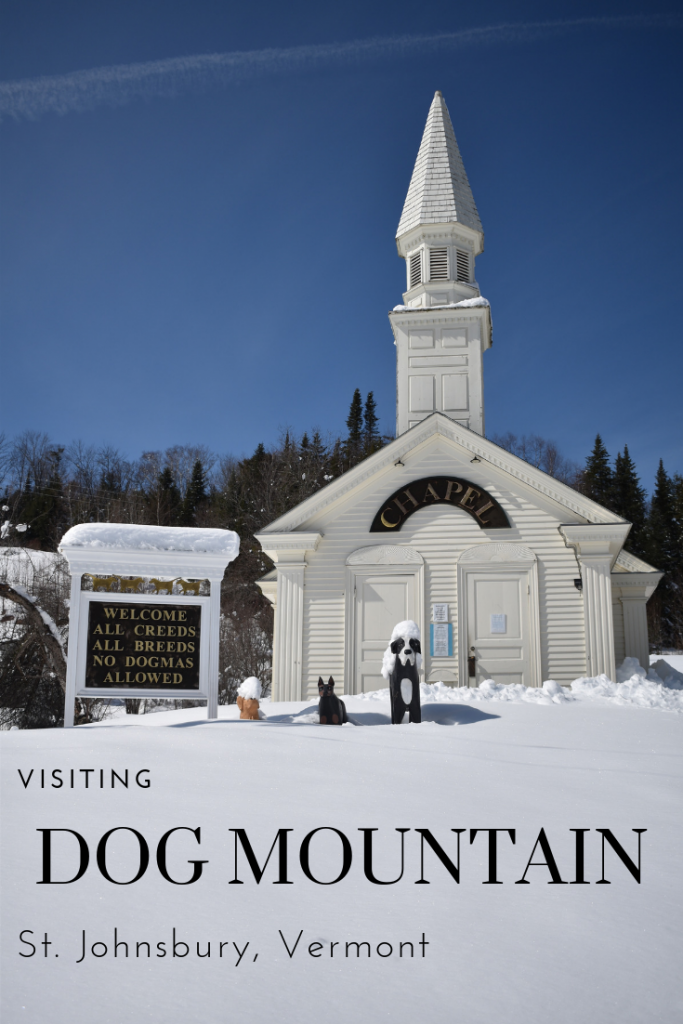 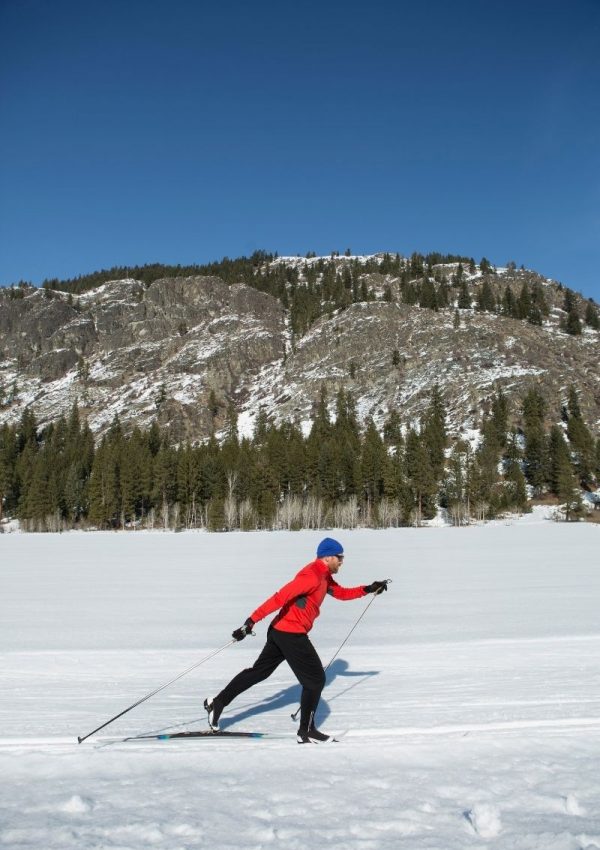 Winter in Vermont: the Ultimate Guide to Outdoor Activities 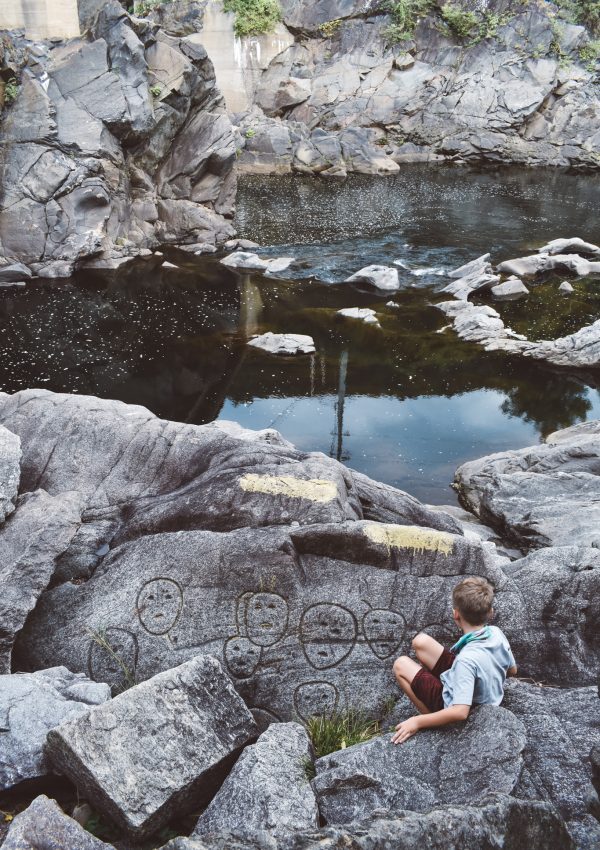 The search for the Bellows Falls Petroglyphs 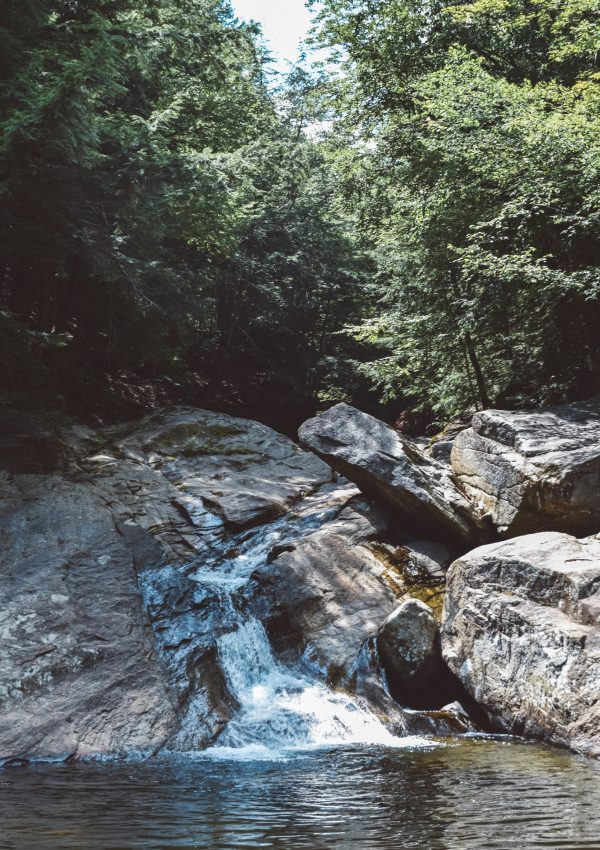 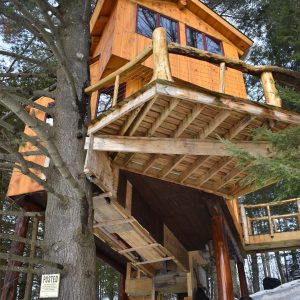 The Tree Cabin on Walker Pond

This error message is only visible to WordPress admins

Make sure this account has posts available on instagram.com.