You are here: Home / USA / Visiting the Bridges of Madison County in Iowa

The Bridges of Madison County in Iowa were made famous by the 1995 movie starring Meryl Streep and Clint Eastwood. Clint Eastwood plays a National Geographic photographer who is visiting the area to photograph the covered bridges. Long story short, he gets lost so Meryl helps him find his way and an elicit affair ensues.

There are six bridges still standing, but only one is still in use. You can still visit them and walk through them. Only two of the bridges were actually featured in the movie- the Roseman Bridge and the Holliwell Bridge.

If you are wondering why the bridges are covered, it is because the county board of supervisors wanted to preserve the large flooring timbers, which were more expensive to replace than the lumber used to cover the sides and roof.

The covered bridges are clustered around the charming town of Winterset, Iowa. They are located quite close to each other so you could drive to them all in about an hour, but obviously you will want to spend some time at each one.

If you plan to stay the night, I would recommend the Cobblestone Inn & Suites in Winterset. This is a new hotel with a convenient location. It’s very clean and offers a hot breakfast.

A couple of things to note- You will be driving on gravel or dirt roads most of the time. Only the Imes Bridge and the Cutler-Donahoe Bridges are accessible by pavement. There were also a lot of bees at each of the bridges.

The Bridges of Madison County

This bridge was prominently featured in the Bridges of Madison County movie. It is where Robert Kincaid sets up his camera at the beginning and Francesca nails her note to the bridge.

This bridge was built in 1883 and renovated in 1992. It still in it’s original location over the Middle River.

The Roseman Covered Bridge was my favorite one to visit. It’s pretty secluded and the area is so serene. 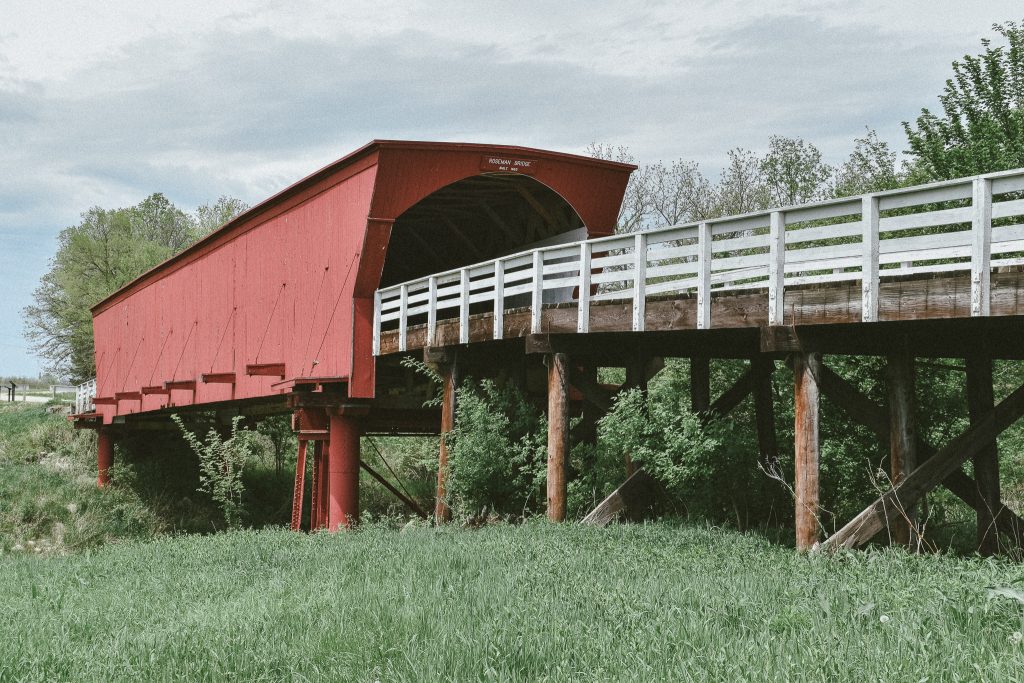 Built in 1884, the Hogback Covered Bridge is in its original location over the North River on Hogback Bridge Road in Winterset. It is named after a nearby limestone ridge. The 106-foot-long bridge was designed with a town lattice truss system. 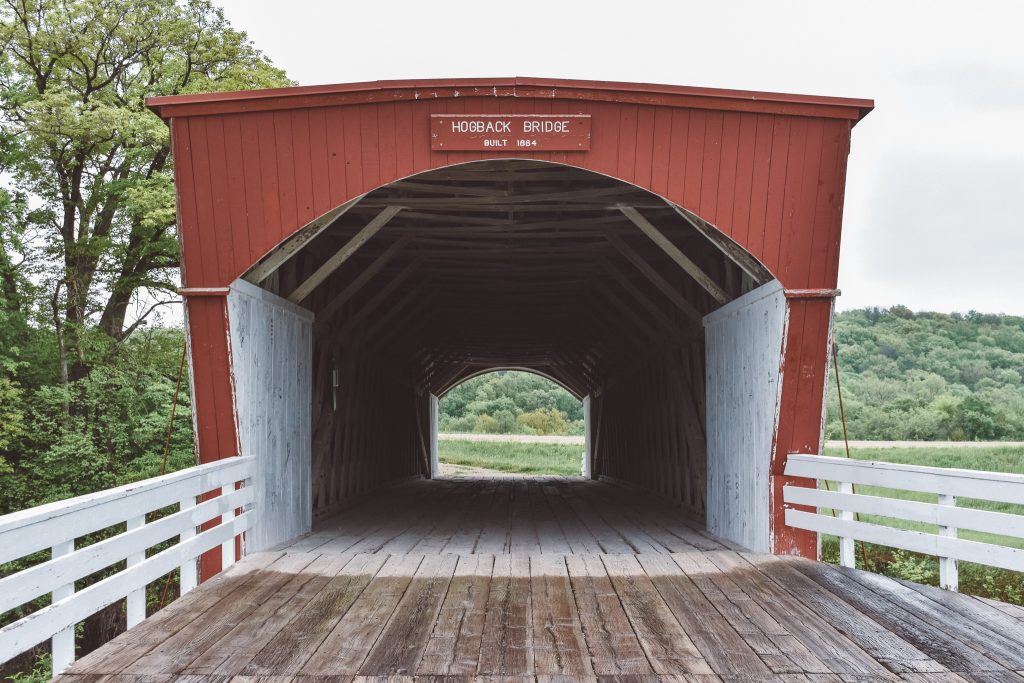 This was another one of my favorite bridges. This is the only covered bridge that you can drive through. There is also a parking lot beside it as well as picnic tables so this would be a perfect spot for lunch.

Cedar Bridge is the only bridge that is not the original structure. It was destroyed by arson in 2002. It was rebuilt only to be burnt down a second time in 2017. The bridge that is there now is a replica and as you can understand, surrounded with video monitoring. 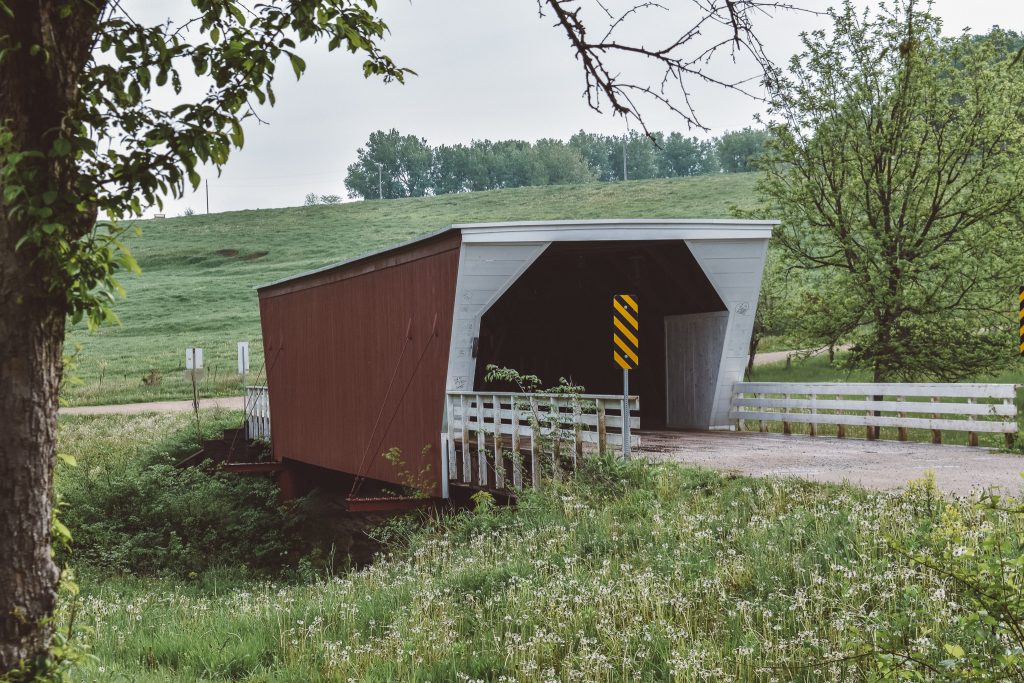 This bridge was originally located on the North River near Bevington, but was moved to Winterset City Park. It is no longer over water, but you can still walk through it.

Be sure to walk through the hedge maze and climb up Clark’s Tower while you are there. 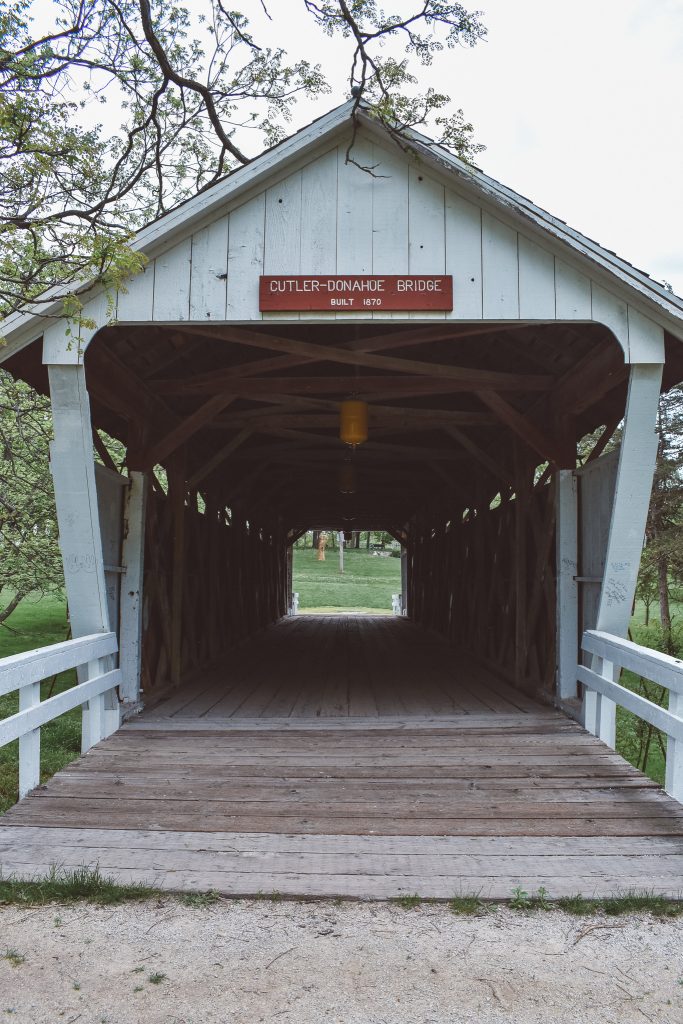 Built in 1880, the longest covered bridge is still in its original site over the Middle River in Winterset. This bridge was also featured in the movie Bridges of Madison County. 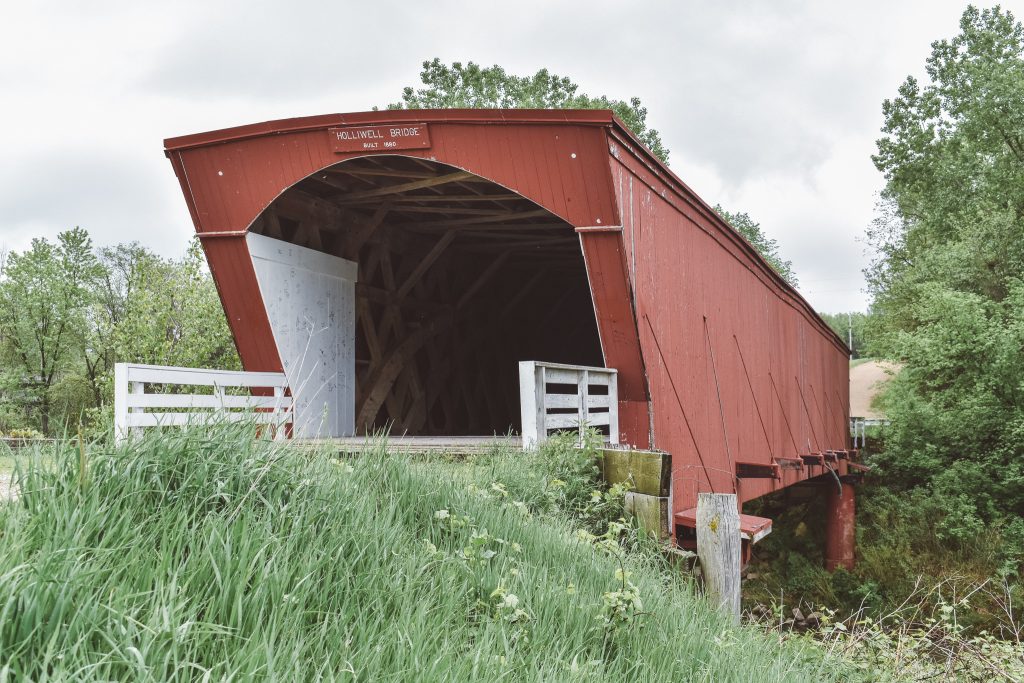 This bridge is the furthest one from the rest so if you are short on time, this would probably be the one to skip. The Imes Covered Bridge was built in 1870 and moved from Patterson to St. Charles in 1977. There is a nice walking path that leads into town. 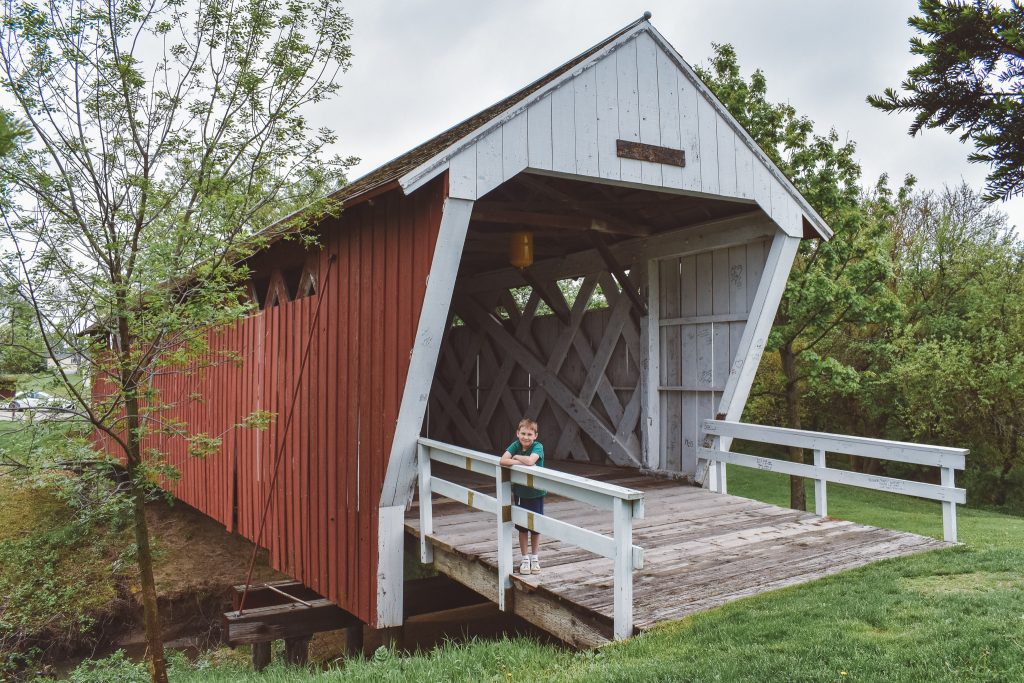 Have you visited the Bridges of Madison County in Iowa? Which was your favorite? 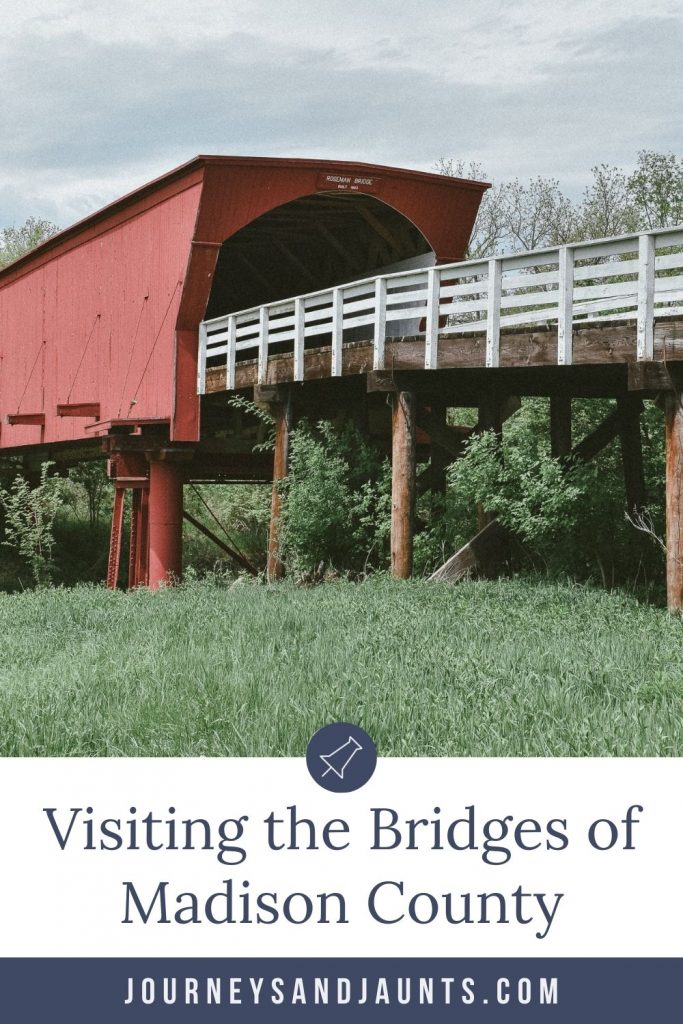 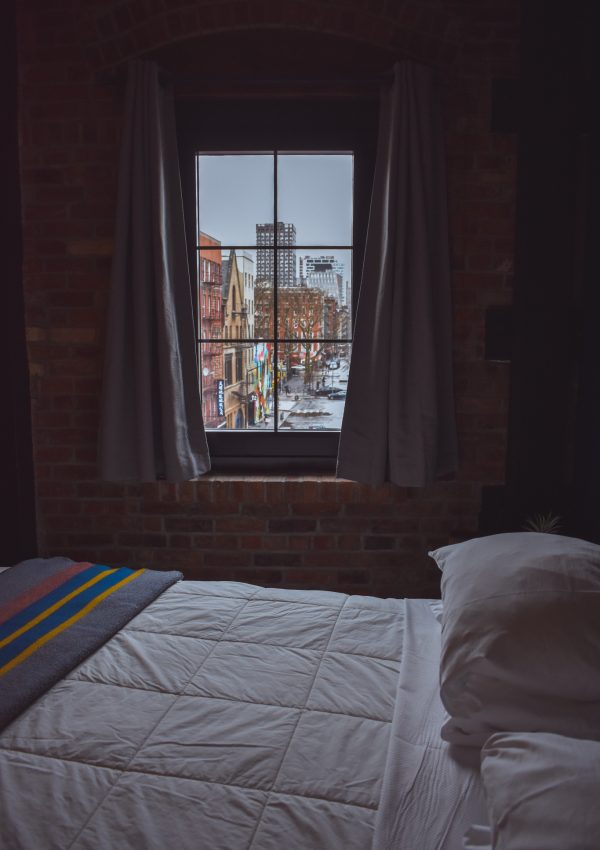 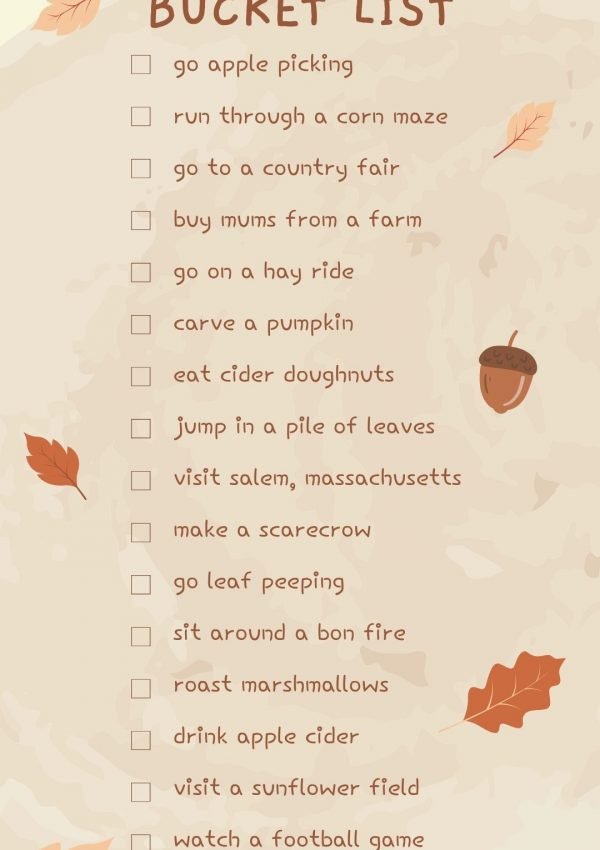 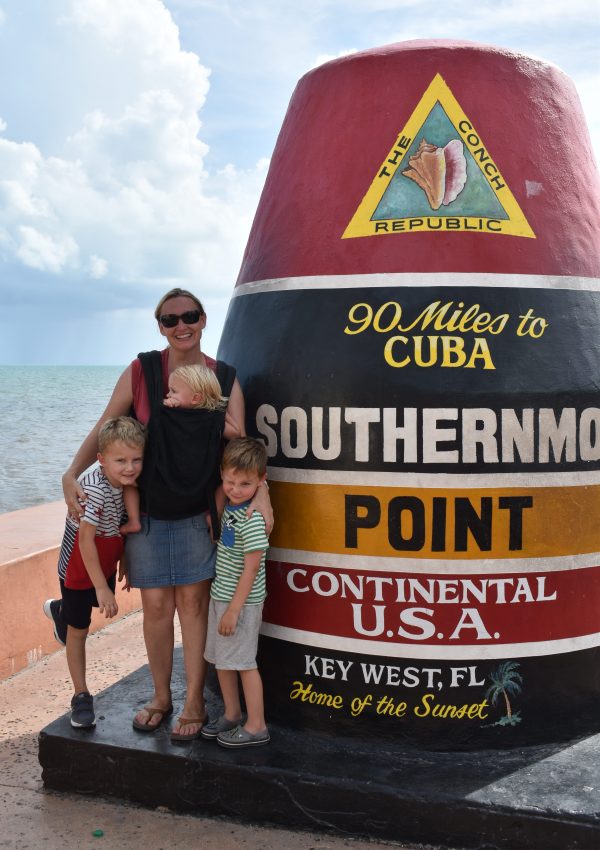 Top 10 things to do with Kids in Key West 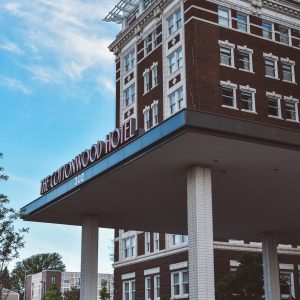